Welcome to Vinci is a podcast about True Detective. The neo-noir mystery crime drama comes to California for its second season. We'll tell you about the places where the show is set and shot as well as the California people and stories it's influenced by.
Become a KPCC Sponsor
Kevin Ferguson and Tom Carroll | Welcome to Vinci | July 22, 2015

Doctor Irving Pitlor is one of the stranger characters in the new season of "True Detective."  As of episode five, we've seen him twice. Pitlor is the former psychiatrist of Ben Caspere, the murdered city manager of Vinci. He's played by Rick Springfield. And yes, that's the same Rick Springfield who sang "Jesse's Girl."

Pitlor runs a clinic where he counsels patients and also does plastic surgery. The building itself appears to be real life wedding venue in the Simi Valley. First, he's interrogated by Detectives Bezzerides and Velcoro in episode 2:

And in episode five, Pitlor gets clubbed with a blackjack by now ex-detective Velcoro:

But does Springfield's character seem familiar to you? Does he ring a bell louder than the wet drums in "Jesse's Girl?" Dr. Pitlor bears a striking resemblance to Dr. Verringer, a character from "The Long Goodbye," the classic 1973 detective film directed by Robert Altman. Here's a promotional still: 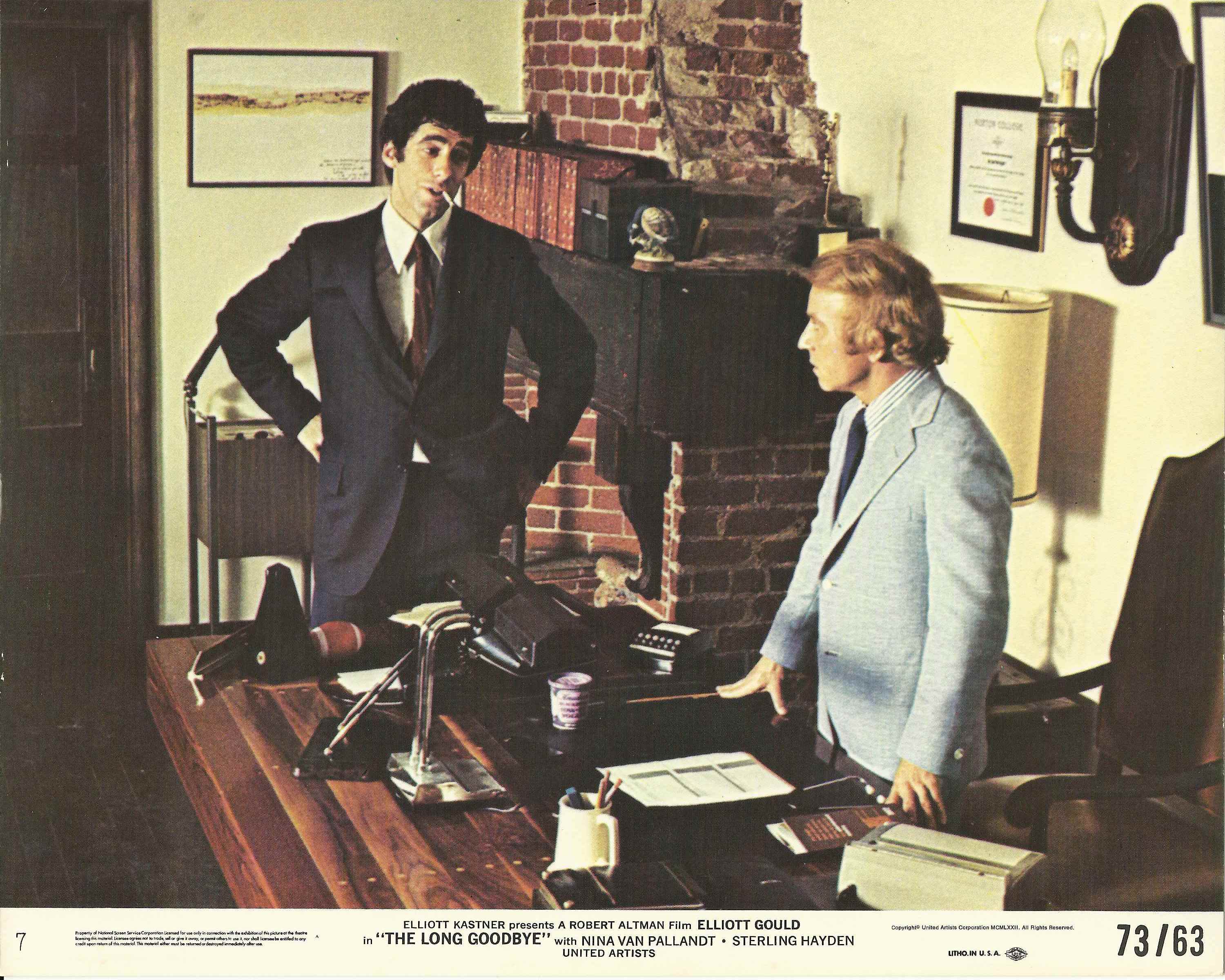 Note the weird hair.  The hardwood, Spanish-y office.  "The Long Goodbye" was also based on a Raymond Chandler novel, with a private eye and plenty of hard-boiled dialogue.

In "The Long Goodbye," Dr. Verringer runs a rehab clinic for the rich and famous with a similarly dark and opaque agenda. Here's Philip Marlowe, played by Elliott Gould, sneaking around the clinic as he is followed by Doctor Verringer:

"True Detective's" creator and show runner Nic Pizolatto has clearly been reading up and watching lots of films in preparation for this season. If you want to set a noir story in Los Angeles, "The Long Goodbye" is required viewing.