Join Take Two each weekday at 9 AM where we’ll translate the day’s headlines for Southern California, making sense of the news and cultural events that people are talking about. Find us on 89.3 KPCC, hosted by A Martinez.
Become a KPCC Sponsor
Zac Pennington and Claire Evans | Take Two | October 26, 2015

Here are five great things you should do in Southern California this week from the makers of the 5 Every Day app.  Get this as a new podcast in iTunes.  If you want five hand-picked things to do in Los Angeles every day, download the free 5 Every Day from the App Store.

We’ve heard Frances Stark described as an “everything” artist, which sounds about right: She’s a poet and a painter; a filmmaker and performer. She collages and she collects; she selfies and she powerpoints. And though the medium might change, there’s one through-line that’s always out front and center: Stark herself.

After 25 years in the trenches of the Los Angeles art scene, Stark’s work still radiates like a kind of hyper-literate diamond. She finally gets the institutional due she's long deserved with this Fall's "UH-OH," a quarter-century retrospective of her work at the Hammer Museum. It's 125 drawings, collages, paintings, and video installations spanning Stark's whole career so far, an unprecedented collection of autobiographical oversharings that’ll be on display until January.

There'll be all sorts of exciting "UH-OH"-adjacent happenings at the Hammer over the next three months, including this Tuesday’s talk with public-access host Alexyss K. Tylor, and a lecture next week with our favorite forward-thinking rock frontman, Ian Svenonius.

You've maybe been to The Paley Center before. Maybe for one of their nerdy public panels, or their Fall pilot previews. But have you ever actually checked out the library? The Paley is an anachronism in the digital age—a mausoleum for television and radio that in our post-YouTube today feels as arcane as scrolling through microfiche or consulting a dog-eared card catalog.

These things have their own charms. You rifle through a library of hundreds of thousands of television clips, narrowing it down to just a handful of prime choices: Norman Mailer and Gore Vidal arguing on the Dick Cavett Show, or some obscure old SNL performance  then sit down at their clunky old consoles, slide on a pair of headphones and anti-socialize for an hour or two. It's a great place for us indoor kids to just get

away for a while.

Woeful news from Los Feliz: Our days of abusing El Chavo's generous happy hour are nearly numbered. Reports surfaced last week that the family-style Mexican icon on Sunset will be closing its doors sometime in early November, along with its with connected bar, El Chavito. No word on what'll take its place. That means just a few more weeks for al fresco embarrassment out on their patio, via stiff $4 happy hour margaritas, just decent $3 tacos, and those bottomless chips and salsa baskets—all until 9pm. Tip out a little cointreau in their honor. Adios, amigo.

Music: 'Dracula' with Philip Glass and The Kronos Quartet 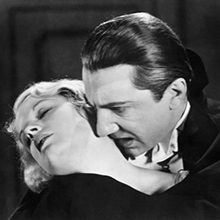 How goth are you prepared to get for Halloween this year? How about preeminent classical ensemble Kronos Quartet shredding Philip Glass’ maniacal arpeggios, in front of Bela Lugosi’s Dracula, all at one of Downtown’s most opulent movie palaces?

For three consecutive nights leading up to All Hallows’, LA Opera and The Theatre at Ace Hotel present the definitive 1931 take on the Count, retrofitted with an epic live score by two supergiants of modern classical music. The first three screenings sold out fast, but they’ve just added a fourth on Halloween night. Plus they’ll follow things up with an extra spooky Black and White ball, featuring guest DJs, 4 bars, and creeped-out themed rooms to get your heart going. Stamina is the fundamental pillar of horror film fan psychology— so late October's like a slasher fan's playoff season. Hollywood revival house the New Beverly Theatre has been delivering the goods all month long, with 35mm double headers of gruesome classics and not-so-classics seven nights a week. Two movies is one thing, but horror movies were made to be marathon'd. Try steeling your stomach for a dozen hours of cheap, rubber thrills for no reason other than stubborn determination.

This Friday, the New Beverly presents their 8th annual all-night horror show: 12 gorey hours of grind, padded out with trailers, cartoons, and shorts, all presumably snuck in from theater owner Quentin Tarantino’s private collection. The six flicks they’re screening are kept secret until titles roll, but if prior years are any indication, they’ll be rare, weird, and totally worth staying up 'til dawn for. Get your tickets early, because they’re going to sell out.

​​Like what you're reading? Download the free 5 Every Day app from the App Store or visit us at 5everyday.com for more information on this week’s events.