Behold: Five great things you should do in Southern California this week, from art to food to music to an adventure we'll call "the Wild Card," from the makers of the 5 Every Day app. You can also get this as a new podcast in iTunes. If you want five hand-picked things to do in Los Angeles every day, download the free 5 Every Day from the App Store.

It’s the biggest photo event on the West Coast, but Photo L.A. doesn’t aspire to be one of your fancy, star-studded international arts fairs.

This year’s summit runs Thursday through Sunday the 24th and features panels on everything from the legacy of Robert Mapplethorpe to the impact of Instagram. We’d double-tap that.

Ice skating in Pershing Square, ringed by skyscrapers, on the largest outdoor rink in the city, is even more ridiculous. Which is why you should do it, while the city and spirit are still willing.

Like the clockwork snow at the Americana and the half-hearted icicle lights still dangling from our neighbors' succulents, the annual Holiday Ice Rink in Pershing Square is an invasive species of holiday cheer, imported to punctuate the fact that we live every day in an impossible/beautiful mirage of our own making.

It’s only nine dollars to enter and four bucks to rent skates, a fair price to dabble in the esoteric concept of... winter.

The Pershing Square ice rink closes for the season on Monday, so get in there while you can — while it’s almost cool enough to out-skate your disbelief.

We think of DineLA's Restaurant Week as a kind of culinary equivalent of The Purge, except in reverse — The Binge, if you will.

Twice a year, the Los Angeles Tourism Board keeps the middle-class revolution at bay by persuading a few hundred restaurants to go cut-rate for a couple of weeks.

Restaurants all over the county cook up special prix-fixe menus for the rest of us, with a streamlined tier system for lunches and dinners that makes it easy to check out places we'd never in our wildest dreams be able to afford otherwise.

Starting Monday and running through the 31st, we storm the Bastille. And eat it. There's truly no going wrong. 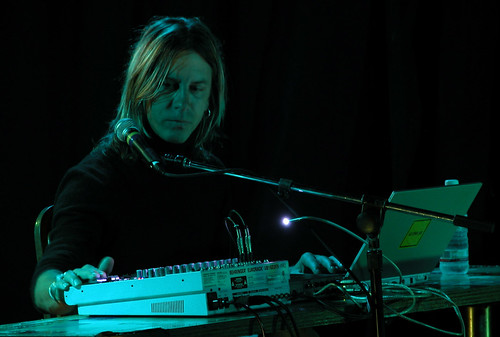 Los Angeles is truly lucky to have William Basinski.

The composer is one of the world's experimental music treasures, best known for his poetic uses of analog technologies. He tinkers with the ways we mark our memories.

Basinski's most famous work is the Disintegration Loops, a series of albums that came as a result of the composer's failed attempts to salvage a bunch of his old magnetic tape recordings — tapes he then looped to capture the sound of their slow deterioration. It's some of the most transcendent ambient music ever.

Sometimes subcultures surface in the most unlikely ways. Over the course of the 1980s, Paul Reubens rode his manic alter ego Pee-Wee Herman from L.A. sketch comedy stages to the silver screen, ultimately ending up with a weekly gig on Saturday mornings with his iconic kids show, "Pee-Wee’s Playhouse."

Pee-Wee’s act toned down from stage to mainstream, but he brought a lot of weirdos with him — a group of young subversives whose work would quietly infiltrate the impressionable minds of children around the world.

This Thursday at USC’s Ray Stark Family Theatre, Playhouse artists Ric Heitzman, Gary Panter and Wayne White stop by for "I Know You Are But What Am I?," a panel and presentation showcasing just how this group of fringe eccentrics briefly jumped over the fences and irrevocably altered a generation.