The 'Trumbo' backstory: How Hollywood tried to fight HUAC, then caved

With the new movie "Trumbo" opening Thursday, Off-Ramp contributor R.H. Greene looks at how Hollywood tried to stand up against the Red-baiting House Un-American Activities Committee — but caved almost immediately. 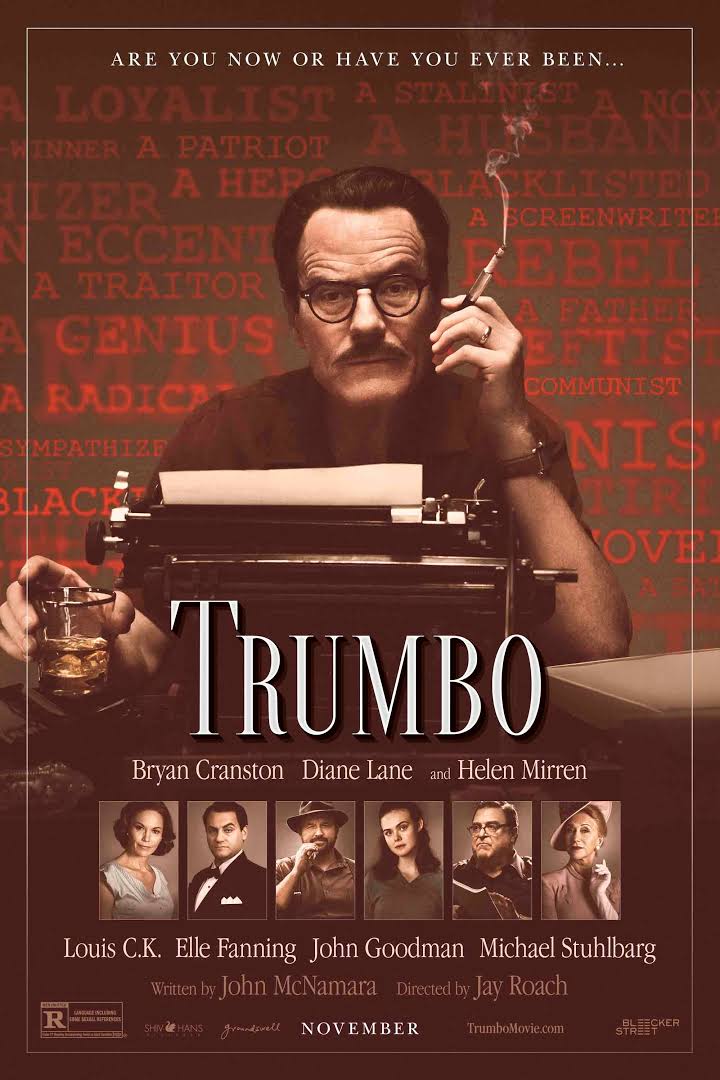 Dalton Trumbo was a Communist. And a blacklisted screenwriter who wrote "Spartacus," "Roman Holiday" and "Gun Crazy." And a left-wing novelist and union organizer. His story is well-known, and the movie about his life is already being pushed for the Oscar. Far less known is that Hollywood rallied to his cause in two star-studded radio broadcasts.

October 26, 1947. The House Un-American Activities Committee is in its second week of hearings on alleged Communist influence in Hollywood. Subpoenas are flying. Hit movies are being sifted for subversion. Names are being named.

In response to 43 HUAC subpoenas, Hollywood forms the Committee for the First Amendment, with backing promised from their bosses.

And the day after Dalton Trumbo testifies before HUAC, ABC radio airs the first of two programs paid for by the committee. It’s “Hollywood Fights Back,” with a Who’s Who of celluloid heroes rallying against the witch hunt.

On the first "Hollywood Fights Back" broadcast, 35 major stars speak out. They're joined by senators, educators, and the Nobel Prize-winning author of "Death in Venice," Thomas Mann. Leading the charge is the biggest screen hero of the day: Humphrey Bogart.

But "Hollywood Fights Back," recorded in advance, was a fatal tactical flaw. In Washington, things weren’t going according to plan.

John Howard Lawson — the first and most explosive of the "unfriendly" HUAC witnesses — was a true believer who came to Washington spoiling for a fight. Lawson's roaring defiance before the committee plays heroic today. But it was a catastrophe.

The tone was set. One by one, the Hollywood 10 were gaveled into silence, including Trumbo. The 10 were held in contempt and sentenced to a year in jail.

Make no mistake, before the Cold War, there were Communists in Hollywood — and everywhere else in America. The Great Depression had discredited capitalism. For most, seeing Red was something you dabbled in. Like the Green Party.

And the stars who tried to fight had to take it back. Edward G. Robinson, Burl Ives, Lucille Ball. Some, like Vincent Price, named names in secret, behind locked doors. Some, like Gene Kelly, abased themselves, sending detailed letters that disavowed personal beliefs. Even Bogie caved.

The blacklist's most compassionate chronicler was Dalton Trumbo, who always struck a "there but for the grace of God" tone. Accepting a Writer's Guild Lifetime Achievement Award in 1971, Trumbo said: "It will do no good to search for villains or heroes...because there were none. There were only victims … None of us emerged from that long nightmare without sin."