4 ways you can help the dwindling monarch butterfly

We all love monarchs. Well, yes, but I'm talking about the monarch butterfly, which is not only beautiful, but makes one of the most stupendous migrations — and is dwindling in numbers.

"They're beautiful," he says. "The wings have patterns the artists can play with that excite the designers, so butterflies turn up in everything from old Molly Moo-Cow films to Disney's Silly Symphonies, to just being the background element that suggests nature." 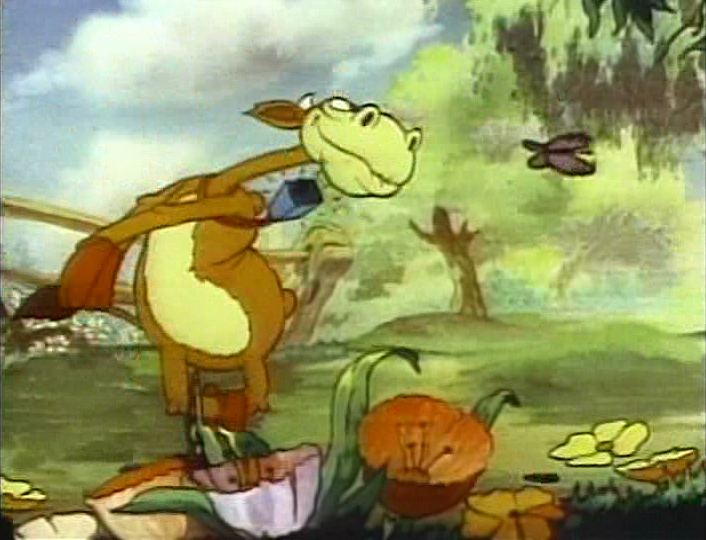 (A screengrab from "Molly Moo-Cow and the Butterflies." Van Beuren Studios)

Charles knew monarchs need milkweed to survive, and wanted to plant some in the backyard of his house near Griffith Park. But what kind should he plant, where could he get it and how should he take care of it?

The Theodore Payne Foundation for Wildflowers and Native Plants to the rescue! The foundation's director of horticulture, Madena Asbell, met us at Charles's house with four milkweed plants — one of which had a monarch caterpillar on it — and a wealth of monarch and milkweed knowledge.

So here's how you, like Charles, can help the monarch, according to Asbell:

"Monarchs are what we call 'host specific,' which means that they depend entirely on milkweed for their reproductive cycle. The caterpillar of the monarch consume only milkweed and no other plant. Fortunately, the caterpillars don't have to find the milkweed — it's the adults who find it. The females have very sensitive chemical receptors on their feet, and they're able to locate the milkweed. They lay their eggs directly on the milkweed leaves, the eggs hatch, the caterpillars emerge, and then begin to feed."

2. ... But make sure to plant the right kind of milkweed (the like California native narrow-leaf milkweed, which went into Charles's yard)

"We're really strongly encouraging people to plant native milkweeds right now. Tropical milkweed is very common in most nurseries, and people are wanting to do the right thing for the monarchs and putting it into their gardens, but current research shows the non-native tropical milkweed actually helps a pathogen of the monarch, a protozoan parasite."

Asbell says native milkweed plants are also drought tolerant, so they're a better choice for that reason, too.

3. Go up to Santa Barbara, to see many monarchs

Moths actually make up 80 percent of lepidoptera, and although they're generally not as glam as the butterflies, they perform some very important roles, including pollination. Charles points out that in the arts, butterflies are often the good guys, like frogs, while moths, like toads, are the villains. But don't tell that to Mothra.