Every other week on Off-Ramp, we play an excerpt from BrainsOn!, the new science podcast from KPCC's Sanden Totten and MPR's Molly Bloom. Over the months, we've heard how sound works, why roller coasters make us sick, and why dogs sniff each others' butts.

This time, BrainsOn! looks at the science of volcanos, and the co-host of the show is Destiny Rodriguez, a 14-year old at St. Helen Catholic School in South Gate.

Destiny plans to be a mechanical engineer. What's that? "They innovate the future," she says. "Everything from toasters to cars to even space ships. They make them better, they find problems, and they fix them. All engineers, whether you're a biomechanical, medical, any type of engineeer ... they're problem solvers."

Destiny's father Albert says, "She broke the news to me about three years ago and I was totally surprised because I am so removed from that. I'm an artist. For a living, what pays the bills is graphics, but I do tattoos, airbrush, you name it." Like this: 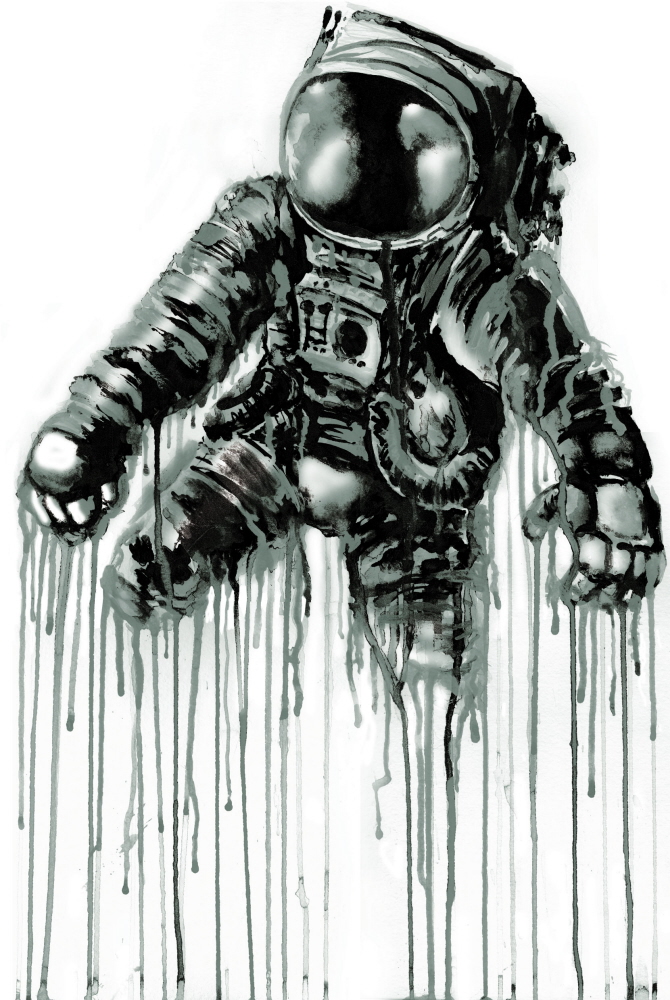 (One of Albert Rodriguez's apparel designs.)

"I've been doing (art) since I was 13," Albert says, "So I can relate to Destiny's fortitude, as far as being driven to her goal. I just opened my eyes to the field (of mechanical engineering) through the eyes of my child."

BrainsOn co-creator Sanden Totten, KPCC's science correspondent, says the podcast uses kids as co-hosts because kids have such great, basic questions about things. Plus, if a scientist is being interviewed by an adult, their answers are often too complicated for kids (and adults). But if they're talking to kids, they make it understandable to kids (and adults). Totten calls the kid co-hosts the show's "secret weapon."

For the episode, Sanden took Destiny to JPL where she met everybody, saw lots of scientific equipment, a few deer on the grounds, and cool cars in the parking lot. She's into cars, too, and recently helped Albert fix his '64 Impala. And she's running her own business, designing and selling bows to her classmates.