The bland horror of Abderrahmane Sissako's "Timbuktu" is a bit like watching a muscle atrophy. It’s a step-by-step dramatization of the real-life jihadist takeover of the Malian village of Timbuktu.

The film's Islamic fundamentalists are not of the genocidal ISIS or Boko Haram variety, but these jihadists do share ISIS’s respect for the power of the video camera and a strong belief in Sharia-fueled torture and execution. But the religious invasion of this easygoing African town has a solemn, ascetic and almost civil service quality that is stealthier than ISIS, but no less inhumane.

The film begins with a gazelle, racing away from a jeep filled with turbaned men and guns. "We must tire it out first," the men say to each other, in a metaphor for the war of moral attrition they will wage on the city they're about to take over. Totemic, bare-breasted wooden statues — emblematic of the culture the jihadists will displace — are blown to pieces by machine guns. It's the only image in the entire film of anything that could be called "war."

When the action proper begins, the jihadists have already won on the battlefield, virtually without casualties. Sissako's purpose isn't to dramatize a civil conflict, but to show in an escalating arc how the jihadist's single-minded devotion to an uncompromising authoritarian idea slowly squeezes all joy, spontaneity and humanity from whatever it touches.

There is a special emphasis on fundamentalist Islam's well-documented misogyny and fear of the female body. Women are imprisoned for refusing to wear gloves, and whipped into unconsciousness for singing. They are kidnapped and then married off without parental consent. A young couple is buried to the neck and then stoned to death for committing adultery, but only the woman's arrest is shown.

There are Kafka-esque touches too, as when a perhaps overly romanticized nomadic herdsman is detained in connection with a murder that was arguably an act of self defense, and the focus is not on the crime but on the number of cows that must be provided to expunge guilt.

Strangely, it wasn’t the (rather discreet) violence that haunted me after watching this film. It was Sissako's surreal and almost farcical imagery of armed men on moonlit rooftops, stumbling around in the dark for the source of some raucous singing, as joyous melody ricochets around them, bashing like an alarm bell against Timbuktu's walled casbah. Much more so than headline-grabbing acts of brutality and suppression, this seems to me to be the essence of the modern jihadists: it is a war on culture and anything that can serve as a rival definition of human purpose.

Sissako seems unnerved by the thought that, for the many people befuddled by the grey uncertainties of self-determined freedom, simplicity has a wide appeal. 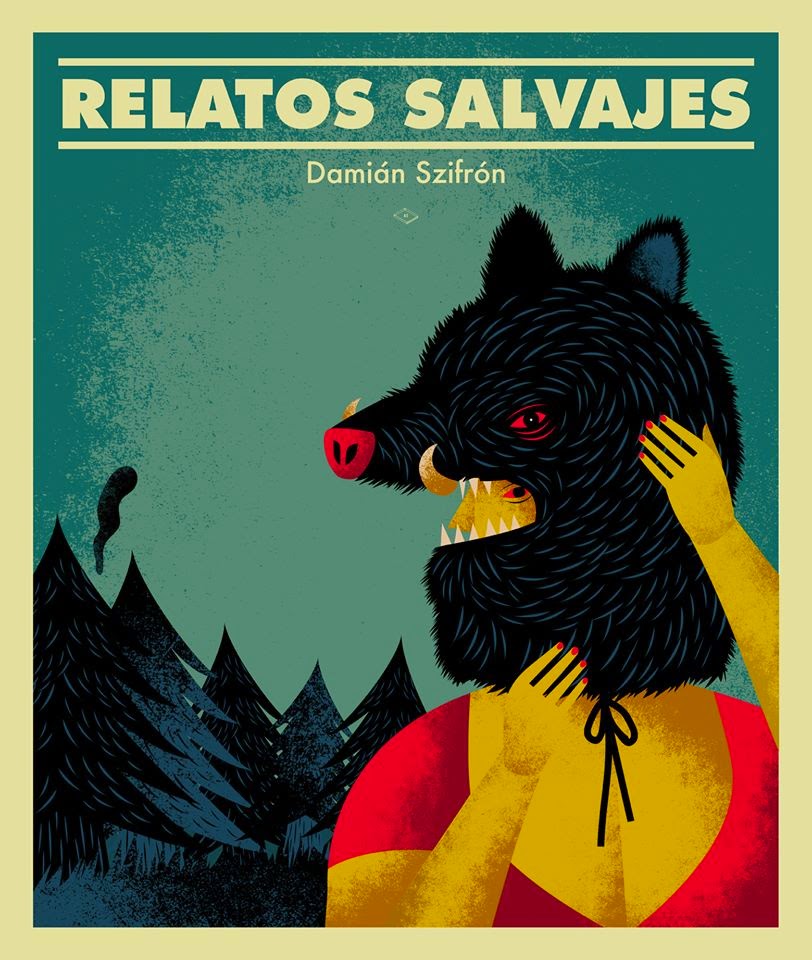 The rowdy Argentine black comedy "Wild Tales" might be the funniest movie of the year, as well as the most giddily cinematic. Reminiscent of late-period Bunuel in its ruthless, wry assessment that humanity is driven solely by anger, greed and lust, this is a Looney Tunes cartoon re-imagined as anthology film.

Written and directed by Damian Szifron, "Wild Tales" was produced by Pedro Almodovar with his brother Augustin. While the debt Szifron owes to Pedro Almodovar is transparent in his skill at farce and camera movement, the comedy of "Wild Tales" is darker and more unsparing than anything Almodovar has served up in recent times.

Segment One is "Pasternak," a tour-de-force of comic unease that could have run on the old "Twilight Zone" TV series. Across an airplane aisle, a model and a music critic flirt to pass time. It turns out they're connected via Pasternak, her ex-boyfriend, whose mediocre symphony the critic destroyed while judging student compositions.

One by one, everyone on the plane chimes in. "Pasternak? But I was his therapist" "I was his teacher!" "His co-worker!" Their testimonials sketch in the story of a perennial loser, who has been stepped on or betrayed by everyone on board. Then the plane begins to shudder and a stewardess screams that Pasternak has drugged the pilots and locked himself in the cockpit. The horrifically funny final shot has the compact clarity of Buster Keaton or Jacques Tati.

Suspense also figures into Segment Two: "The Rats," a Hitchcockian comedy about a waitress who recognizes a customer as the petty Mafioso who drove her father to suicide and her mother to madness.  Shaken, the waitress grows enraged when the mobster reveals he's running for mayor of her old hometown. Meanwhile, a maniacal cook in the kitchen is so moved by the waitress' suffering that she remembers there's some rat poison in the cupboard.

"Road to Hell" (Segment Three) is an apocalyptic two-character farce about the road rage between a smug businessman and the rural redneck he flips off for driving too slowly. Its rising line of action is worthy of the Laurel and Hardy pie-fight epic "Battle of the Century." Szifron's mastery of cinematic grammar, particularly camera placement and editorial rhythm, delivers the punch lines graphically, allowing his actors to play it deadpan, and making his outrageous figures of misrule into people recognizably like ourselves.

Probably the weakest and most predictable segment of "Wild Tales" is Segment Four: "Bombita," about an easily angered demolitions expert who gets a parking ticket. And yes, you did just guess the ending.

One of the interesting things about an anthology film by a single director is the way it can change tones while retaining a unified voice. "The Bill" (Segment Five) is about a rich family trying to bribe its groundskeeper into taking the fall for their son, who has just killed a pregnant woman in a car accident. More serious in tone, "The Bill" fully embraces the nihilism percolating beneath the rest of "Wild Tales." Corruption becomes the unifying principle of all human actions. Tempt anyone with a reward for vile behavior and their response will be to haggle over price.

Szifron brings it all home with "'Til Death Do Us Part," a pinnacle of cinematic farce about a bride who uncovers her groom's infidelity in the midst of their joyous wedding party, and then transforms the "happiest day of her life" into a savage epic of vengeance and despair. Anchored by a simultaneously vicious and sympathetic performance from Erica Rivas as the woman wronged, "'Til Death" is a high comedy of ill manners, made all the funnier by the unleashing of Sziforn's comedic jackals in a rom-com's sanctum sanctorum of bridal bliss.

Will "Wild Tales" win an Oscar? Probably not, for the simple reason that Academy members may see its grim but side-splitting merriment as a strange bedfellow next to the supreme seriousness of every other Best Foreign Film Oscar nominee.