As it should, the cover of "Hollywood," artist Don Bachardy's huge new collection of portraits of the industry's famous and not-so-famous, tells the whole story: The book includes 50 years of Bachardy's unflinching "psychological portraits" of people we're used to seeing in airbrushed headshots. There's Bachardy, looking like what he is: an 80-year-old man — not the talented twink who captured writer Christopher Isherwood's heart in 1953. It's Bachardy's self-portrait of "the artist as an old man," if you will.

"If I came out looking 21 and lovely, they'd say 'Hey! That's not fair!' Age is fascinating, but at the same time I hate turning into a gorgon in my own mirror." (Don Bachardy and Christopher Isherwood, soon after they met.) Bachardy paints a lot of nudes, but very few show up in "Hollywood." Teri Garr is one of the few, but since we don't want to break the Internet, here's a standard portrait: 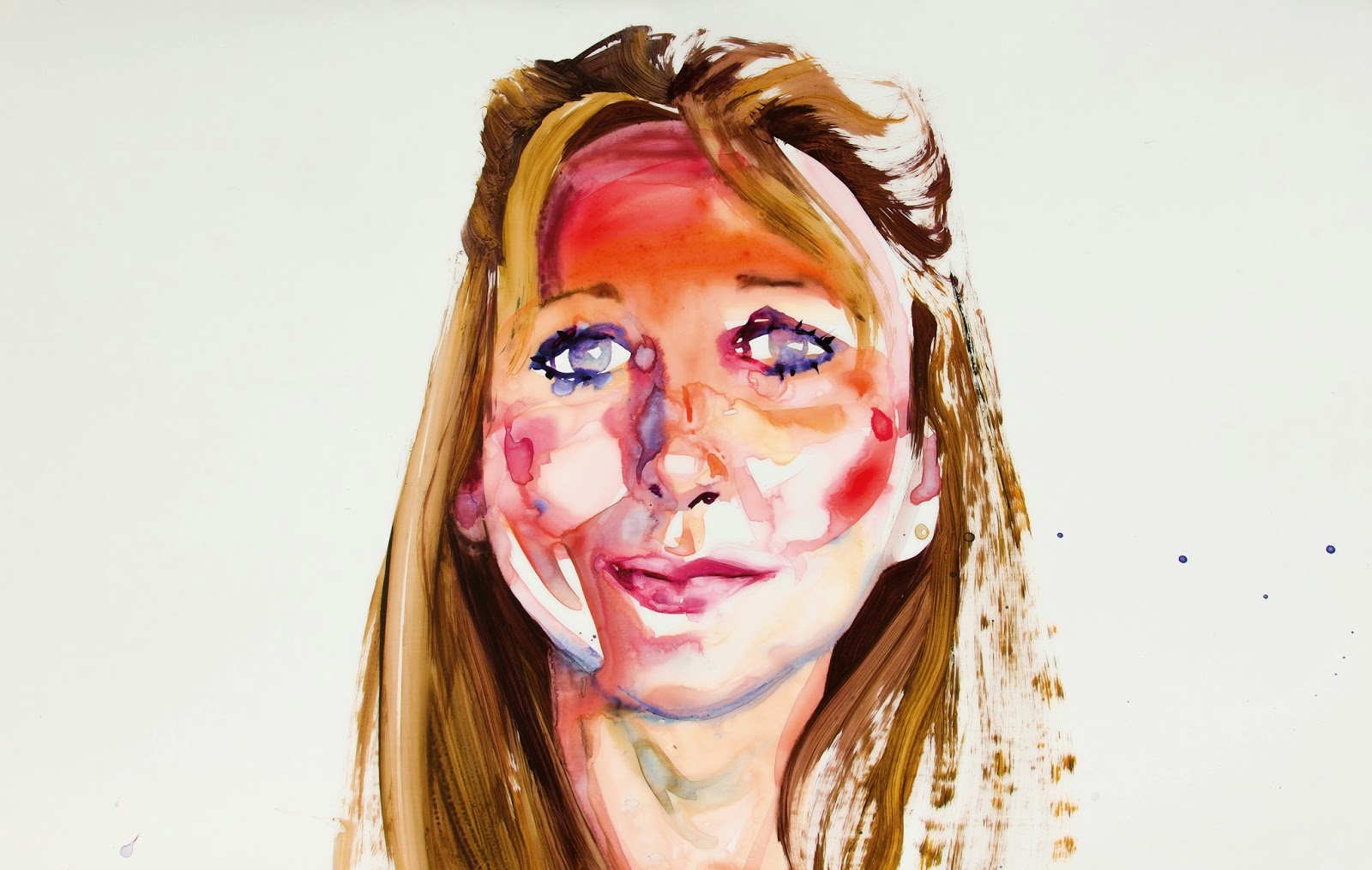 In a long interview at his home in Santa Monica, Bachardy said he began drawing faces when he was a boy — mostly of movie stars. Seeing them on the screen helped them to come alive for him, he said.

At 18, when he started his 33-year relationship with novelist and screenwriter Christopher Isherwood, Bachardy suddenly had access to many of the people he'd been drawing. "And to have them sitting in front of me in the flesh!?" It was "scary, but the best kind of scary: exciting scary."

Bachardy began doing his portraits in pencil or ink, then switched to acrylic and color as he gained confidence. Color lets him express much more of the emotion he picks up on in sittings that can last 3 or 4 hours. (Some sitters couldn't take it, like Gov. Jerry Brown.)

Among the 300 images are a number of repeat sitters. Their portraits offer a different sort of time machine. Screenwriter and director Mary Agnes Donoghue, for instance, ages before our eyes in 1971, 1989, and 1998 portraits. These are people he might see socially over the years, but after doing the portraits, "I'm sometimes quite stunned! Oh my gosh! He or she has changed so much since the last time we worked together. But I can't do anything about that. I must record what I see while I'm looking at it. So, sometimes my sitters are quite shocked when they see what I've done."

A friend who's sat for Bachardy says there's a rule. You hate your portrait, but your friends all say it captures you perfectly.

Make sure to listen to our interview above to hear much more from Don Bachardy, including what happened when Angelina Jolie came in for her first sitting.