Off-Ramp commentator Dylan Brody is the author of the Modern Depression Guidebook, the opposite of the self-help book, now in its second edition.

The sentence, “I am SO completely over it,” is almost always uttered by someone about something over which they are very much not. This sentence comes so laden with frustration and anger, so saturated with emotional content that the subtext comes through loudly, clearly, trumpetingly. “I am SO over it” almost always means, “I am reviewing these recent events in my head constantly and expect never to be free of this internal cycle of rage and recrimination.”

I don’t have any real objection to internal cycles of rage and recrimination. Hell, I have some recurring fantasies of vengeance I might take on my perceived social enemies that, were they expressed in the wrong setting, might land me on a 72-hour hold for observation. I just think it’s healthier to be honest with ourselves and those around us lest we say “I am SO over it” and cause some mildly autistic, subtext-challenged friend to mistakenly believe the words and thus trigger an outburst by treating the “it” over which we have claimed to be as an “it” over which we actually are.

Similarly, I’ve realized that the people who behave oddly and say, “I really don’t care what anybody thinks of me,” actually care a great deal about what other people think of them. I think it’s better to be honest about these things. My physical comfort is not the reason I put on a suit and glue gears and chain-fasteners to my phone to make it a steampunk pocket watch.

We all care about how we appear to others. That’s why, when you start walking away from the car and then remember that you’ve left something you need in the trunk, you don’t just turn around and go back. First you slap your forehead or raise a finger as though you’ve made a significant scientific discovery or perform some other absurd little mime that says to the world, “I have forgotten something and must now go back for it!” The world doesn’t care. Nobody else on the sidewalk would be likely to see a person walk a few steps in one direction, turn around and go back the other way and think, “How odd. That guy must have one of those doggy perimeter collars that prevents him from going beyond the end of the block.”

Nobody would assume, because of a single abrupt change in direction, that madness has taken over, that a demon has abruptly possessed a fellow pedestrian causing her to spin in place. Still, we all feel compelled to utilize the “I have forgotten an item and must return for it” gesture from Edmund Keane’s "Catalogue of Old-Timey Indicative Acting Postures & Poses."

Several years ago my psychiatrist suggested that I wean myself off anti-depressants. I cut back from a pill a night to three-quarters of a pill a night. About three days into that minor down-step in my Paxil level I drove to a meeting and on the way there I found myself planning all the things I’d be angry about when I arrived.

I wasn’t running late, I had left plenty of time to get there, but I imagined griping about the traffic as I walked through the door. I wondered if I would have to pay for parking and I rehearsed an argument with a receptionist about validation. A car tailgated me for a while and then pulled into the next lane and sped past. I imagined chasing him, cutting him off and then slowing way down. I reviewed a conversation I had had with my wife days earlier, finding ways that I could prove that I had been right and she wrong through clever dialectic despite the firm knowledge that in fact she had been right and I entirely wrong.

I called my shrink from the car, sitting in a metered parking space right outside the building. I said, “Look, is it possible that after cutting back by a quarter pill I can feel the darkness crawling toward me from the all corners of the world, climbing my spinal column and creeping into the creases in my brain?”

He said, “Huh. I suppose it’s possible. This is your first bout of depression that we’re treating?”

I said, “What? No. I’ve had depression on and off since I was a teenager.”

He said, “Oh! Then stay on the medication. It seems as though we found the right one and as though you’re exquisitely attuned to it.” 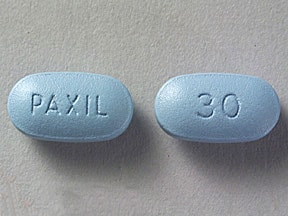 I re-upped to a full pill a night and everything balanced right back out. Apparently if it’s a first time thing, sometimes the meds help you fix the chemicals and you get back on track. If it’s been a lifelong thing, you need to keep dosing yourself just to perceive the world the way normal human beings do.

I care desperately about what other people think of me. I want to be liked. I want to be perceived as someone who is not a crazy person, not possessed by demons or troubled by bouts of madness, but I also think it’s important to be honest about what’s going on, to keep the text in alignment as close as possible to the subtext. I want to be admired in my sartorial splendor and to be able to show up places cheerful and present.

For the most part, with the help of modern pharmaceuticals, I keep the depression at bay. But make no mistake: don’t think for a moment that I am completely over it.