MIT hired me a few years ago to roast my father. He was stepping down as Associate Provost for the Arts at MIT, or as most people pronounce it, “ARTS?!  At MIT?!”

I started with jokes about my father, Alan Brody, written specifically for the MIT crowd.

I talked about how I had flown east a year earlier to see his production of the "Heisenberg Uncertainty Opera," an epic musicale during which it is possible to know only the position or the momentum of the fat lady at any given time.

I spoke of how perfect this job was for him, at the intersection of art and science. How he had been discovered for the position when a member of the search committee happened to be in England at the right time to catch his Cambridge University Physics Department production of "The Pirates of Penzance," starring Professor Stephen Hawking as the Pirate King.

The singing wasn’t great, but the choreography was innovative.

Some people are made uncomfortable by that, but Professor Hawking himself has heard me perform that joke and tells me I’m a very funny man. Though, in fairness, it’s impossible to tell when he’s being sarcastic. The joke was this: My father experiences profound ambivalence in his relationship with me. On the one hand he experiences every father’s natural instinct to love and support his son. On the other hand, there is every artist’s natural impulse to undermine a vastly superior talent.

I did the joke. It got an applause break. My father laughed so hard he put scotch through his nose. So I win.

I experience similar ambivalence toward him. On the one hand there is every son’s love and respect for the man who served as first role-model and protector. On the other hand there is the secret sense that at this point he is just living through my inheritance.

Relationships are always more complex than we want them to be. The beauty pulls us toward sentimental distortion, but, ultimately, love is a difficult equation a chalkboard full of figures seeking perfect balance. The push/pull of the father-child relationship torments and reassures us as we move through life and ultimately we all find ourselves living at that amazing intersection of art and science. 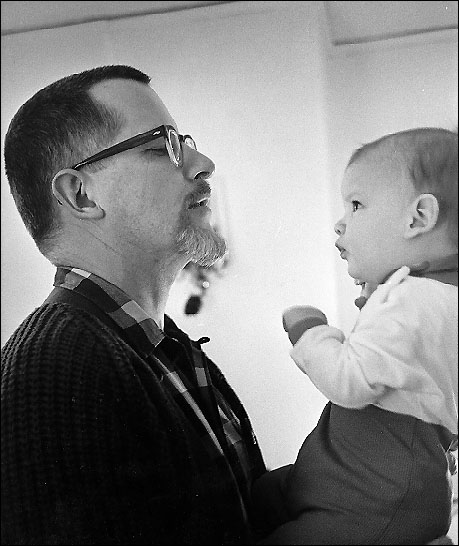 And yes, Dad. I love you. In my own peculiar way.