Byzantium: Heaven and Earth and Constantinople, too—at both Gettys

What civilization lasted 1,100 years, almost into Columbus’ time, that hardly anyone thinks of as a civilization? Byzantium. It was a Yelp-5-star civilization that bridged Ancient times to Modernity, and it’s now showing at both of the Gettys.

First the Romans took over the Greeks. Then 800 years later, the Greeks took over the Romans. Christianity came into the mix and the result was the magnificent Byzantine Empire, which once spread from North Africa all the way to Crimea. While Western Europe was foundering in the Dark Ages, Byzantium was a world center of art, literature and culture.  And its story is largely forgotten in the deep dark gap in history between the ancient and the modern.

In a bid to remedy this, the Getty is hosting a rare doubleheader called Heaven and Earth. The art from several Greek museums is on display at the Getty Villa, while the manuscripts are at the Getty Center.  This has never happened before. Nor has any art of the past millennium ever before been shown at the classically dedicated Getty Villa.

Why now? Not that the recovery of the civilization of the Greeks who called themselves Romans isn’t much overdue. But the new consciousness or awareness of this rich and tumultuous Byzantine culture seems to spring from Greece itself.

“It was always there,” said Peter Poulos, an American-born official of the Bernaki Museum. “There are wonderful Byzantine churches all over Athens, built over almost every ancient pagan temple.”

But in recent years, modern Greece has rediscovered this mighty culture that endured far longer than the glory that was Classical Greece. Byzantium continued that glory. That’s one reason Modern Greece wants to share this heritage to the world. 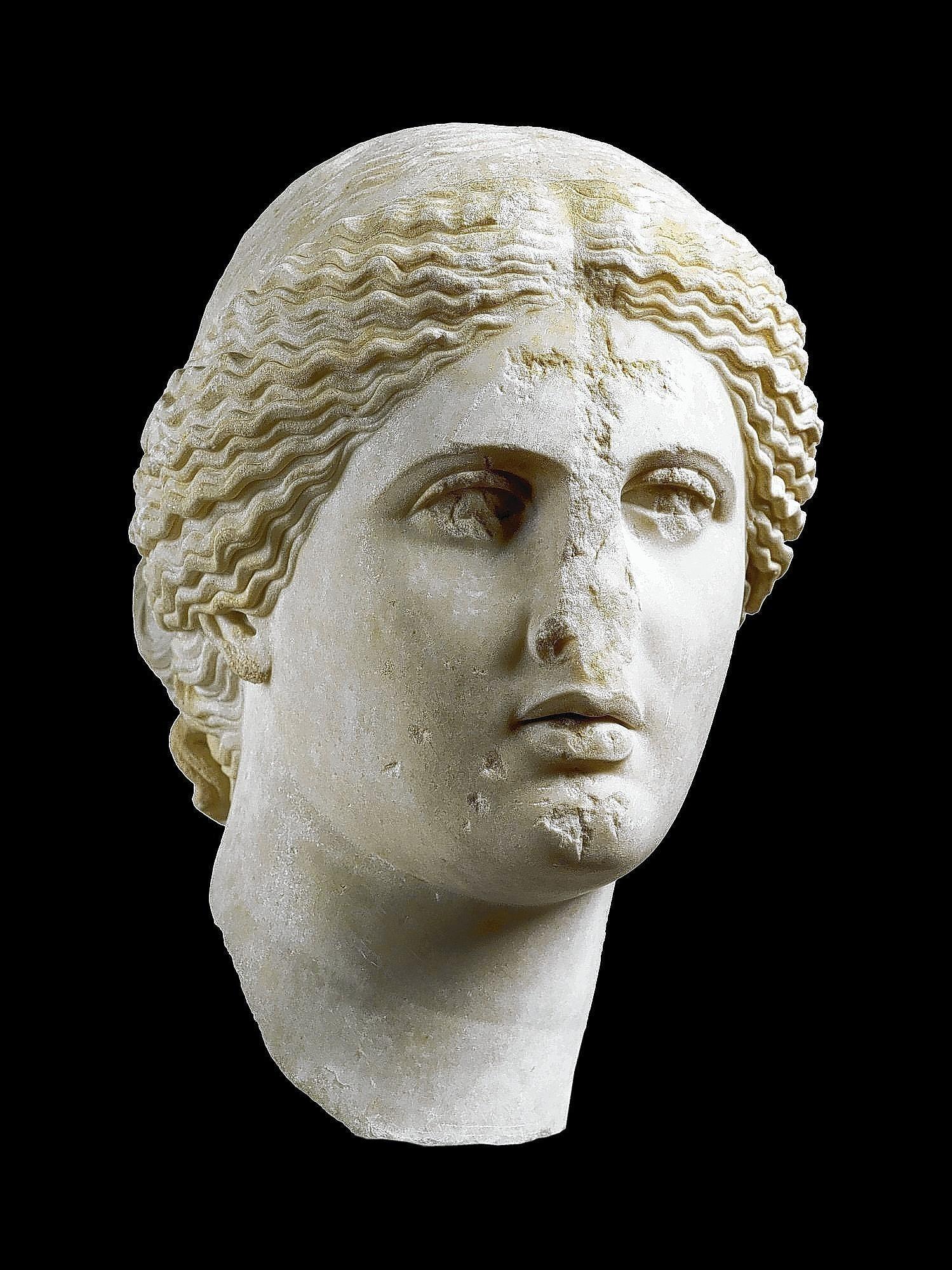 The Getty Villa has on show more than 160 ikons, sculptures, and other works of art, many of which illustrate Byzantine art’s connection to the end of the Classical period. Classical art, the exhibit shows, didn’t dead-end with the Christianizing of the Roman Empire. It metamorphosed into the ideological emblem of Eastern Christianity—the Icon—the painted or mosaic symbol of the divine that developed over a millennium into a direct parent of European painting.

RELATED: See the Mike Kelley retrospective at MOCA at the Geffen Contemporary

One thinks of icons as compact. But the late 14th and 15th century icons on display here really are paintings, large pieces, oil on board, 40 and 50 inches high. And they use techniques that to me somewhat resemble the early International Gothic of Europe.

The intricate passages of this great art through the medieval world were indeed truly byzantine. Some of the most fascinating stuff here shows the Byzantine effects on the art of Central Asia and even East Africa—Armenian religious art and Christian Art of  Medieval Ethiopia.

Oh, and did I mention that the Byzantines seem to have invented the fork?