Writer and Angeleno Paul Haddad’s new book, “10,000 Steps a Day in L.A.” contains 52 walks from throughout the Southland for the adventure- and health-minded L.A. dweller.

Larry talks with Haddad about these recommendations and more.

Of the 52 walks mentioned in his book, two can be found below. Listen to today's segment to learn about more hidden trails throughout Los Angeles. 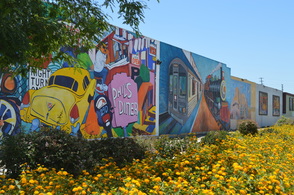 "It's a bleak landscape of Whitnall Highway, a street in North Hollywood that sort of goes diagonal, like San Vicente. It's a wide street that at one point in time was supposed to be a freeway. It's very desolate, but if you look closer, you notice are a lot of hidden treasures. There are hidden murals nearby. There are two blocks of murals that document the history of Los Angeles. The more you walk around there, the more discoveries you make. They have a lot of old time shops that you only see in the Valley, like the Jelly Bean Store and a model train store. I like this walk because once you pull back the layers, you realize there's this hidden beauty underneath the surface. It's a total beginner walk, totally flat."

Ghost of the Old Canals 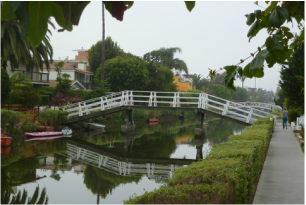 "Everyone knows about the canals now, but this walk takes you along the streets that used to be canals."

Paul Haddad, author of multiple books, including his latest “10,000 Steps a Day in L.A.” (Santa Monica Press, 2015). He is also a television writer and executive producer

More from this episode: AirTalk FOR September 30, 2015