Since 1949, the western snowy plover's nests have been missing from Los Angeles beaches — but this week, the U.S. Fish and Wildlife Service announced it discovered four of the endangered birds' nests during recent beach monitoring sessions, according to the agency. Of the four nests, two remain viable.

The nests were found in late April and early May. They were caged off to protect the birds' brown speckled eggs, the agency said in a statement.

A video from the U.S. Fish and Wildlife Service shows chicks hatching from one of the viable western snowy plover nests: 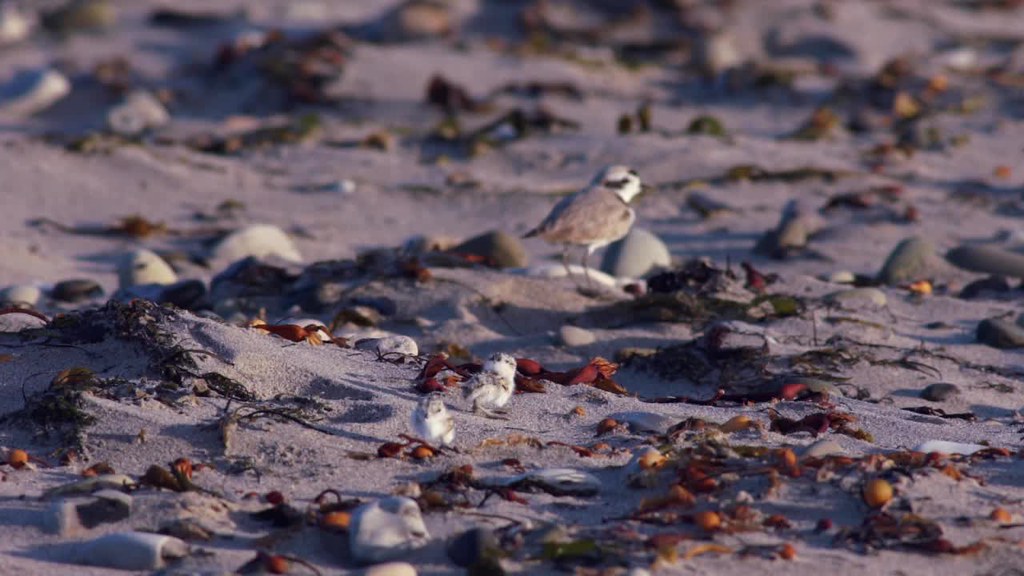 For nearly 70 years, between 1949 and 2017, there were no documented western snowy plover nests on L..A.'s beaches. Now, conservationists face the challenge of working with the public to protect the two viable nests remaining this year, U.S. Fish and Wildlife Service spokesperson Ashley Spratt told KPCC.

"Give them the space they need to rest and raise their young," Spratt said. "Keep in mind and respect the signage and the fencing that identifies those nesting areas, and keep your distance."

The rare nests are hopefully the beginning of the endangered species' comeback tale, the agency's senior fish and wildlife biologist Chris Dellith said in a statement.

“I’m hopeful that we can find a balance between beach recreation and habitat restoration,” Dellith said. “This will allow humans and shorebirds like the western snowy plover to peacefully exist along our coastline.”

Cooperation between people visiting the beach and conservationists will be necessary for the birds' continued survival this summer, according to Dellith.

The birds inhabit beaches from as far south as Baja California to as far north as Washington, according to the agency’s statement.

In 1993, California's population of the western snowy plover was listed as a threatened species under the Endangered Species Act.  At that time, the bird's population was just 1,300 adults, according to the agency.

Habitat loss, non-native predators and development along the coast has contributed to the decline of western snowy plover nests in L.A., according to the agency. To protect the nests, the agency has installed signs, protective cages and started a public awareness campaign.

The U.S. Fish and Wildlife Service also produced a brief video called "The Snowy Plover and You."