UPDATE: Massive wildfire near Yosemite one of California's worst at 149,780 acres (map)

Firefighters braced for strong winds that could push a raging wildfire further into the northwest edge of Yosemite National Park, threatening thousands of rural homes.

So far, the Rim Fire has burned 133,980 acres and was just 7 percent contained early Sunday morning. It started in a remote canyon of the Stanislaus National Forest Aug. 17 and grew rapidly under dry conditions.

The fire has grown so large and is burning dry timber and brush with such ferocity that it has created its own weather pattern, making it difficult to predict which direction it will move. Steep, inaccessible terrain was hampering firefighter's effort to surround it.

NASA astronaut Karen L. Nyberg tweeted a picture of the Rim Fire as seen from space: 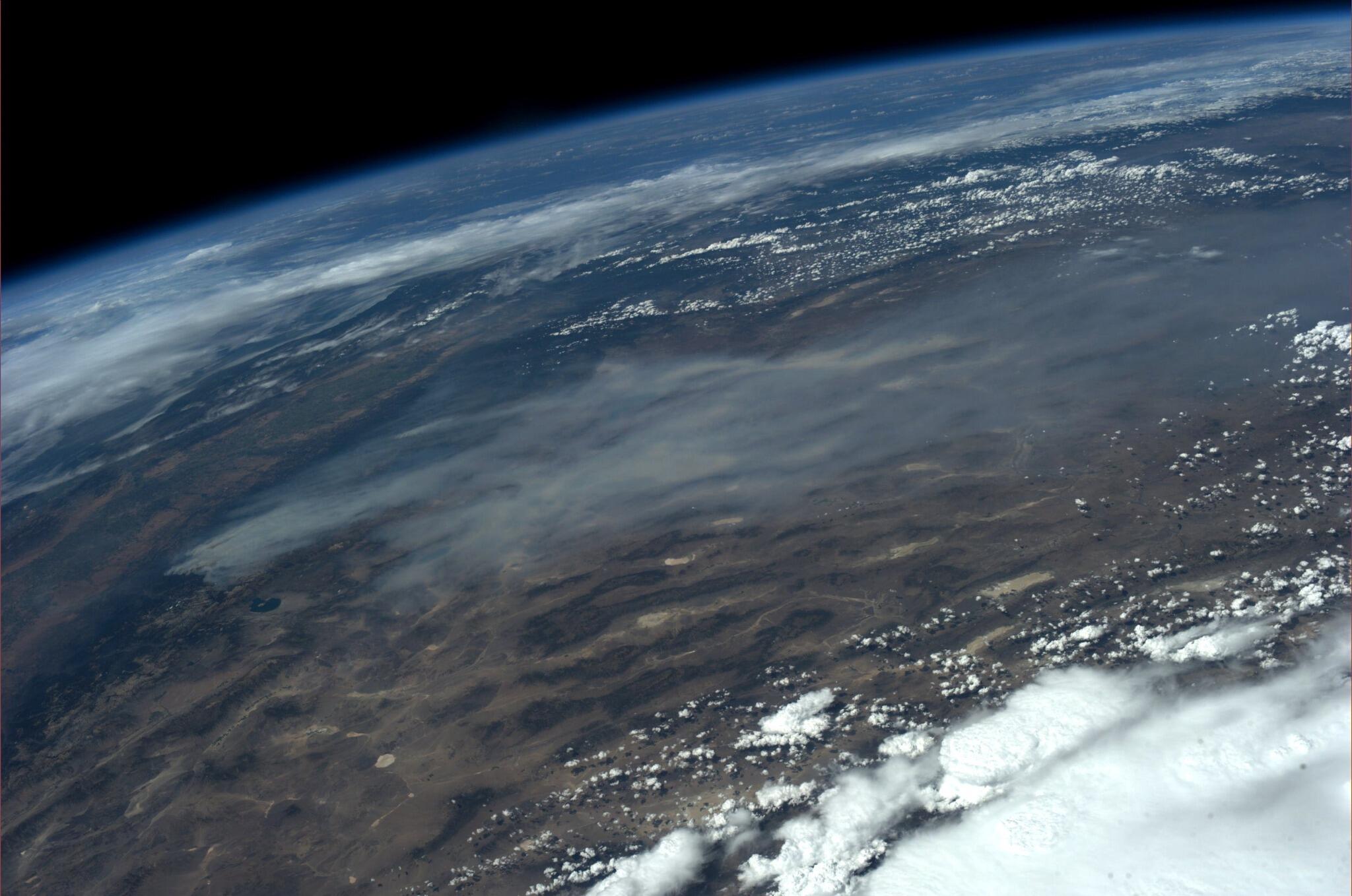 The massive fire was also burning Saturday in the vicinity of two groves of giant sequoias that are unique the region, prompting park employees to take extra precautions of clearing brush and setting sprinklers.

The towering trees, which grow only on the western slopes of the Sierra Nevada and are among the largest and oldest living things on earth, can resist fire. However, dry conditions and heavy brush are forcing park officials to take extra precautions in the Tuolumne and Merced groves. About three dozen of the trees are affected.

"All of the plants and trees in Yosemite are important, but the giant sequoias are incredibly important both for what they are and as symbols of the National Park System," park spokesman Scott Gediman said Saturday.

With 30 to 40 mph winds expected to push the fire further north into the park Sunday, firecrews were focused on attacking its northern edge to keep flames from the communities of Tuolumne City, Twain Harte and Long Barne.

"The wind could push it further up north and northeast into Yosemite and closer to those communities and that is a big concern for us," said Daniel Berlant, a spokesman for the California Department of Forestry and Fire Protection.

The U.S. Forest Service says about 4,500 structures are threatened. Berlant said 23 structures were destroyed, though officials have not determined whether they were homes or rural outbuildings.

Jessica Sanderson said one of her relatives gained access to the family's property in Groveland, just 26 miles from the park's entrance, on Saturday and was able to confirm their vacation cabin had burned to the ground.

The family saw firefighters defending the cabin on a TV news report just a day earlier.

"It's just mind-blowing the way the fire swept through and destroyed it so quickly," said Sanderson, who's been monitoring the fire from her home near Tampa Bay, Fla. "The only thing left standing is our barbeque pit."

The tourist mecca of Yosemite Valley, the part of the park known around the world for such sights as the Half Dome and El Capitan rock formations and waterfalls, remained open, clear of smoke and free from other signs of the fire that remained about 20 miles away.

More than 2,600 firefighters and a half dozen aircraft were battling the blaze.

The fire was also burning toward the Hetch Hetchy reservoir, where San Francisco gets 85 percent of its water, and power for municipal buildings, the international airport and San Francisco General Hospital. Gov. Jerry Brown declared a state of emergency because of the threats.

Officials with the San Francisco Public Utilities Commission were running continuous tests on water quality in the reservoir that is the source of the city's famously pure water.

Deputy General Manager Michael Carlin said that no problems from falling ash have been detected.

"We've had other fires in the watershed and have procedures in place," he said.

The commission also shut two hydro-electric stations fed by water from the reservoir and cut power to more than 12 miles of lines. The city has been buying power on the open market.

The latest perimeter map of the #RimFire burning near #Yosemite National Park. pic.twitter.com/a8HRjhSdyu