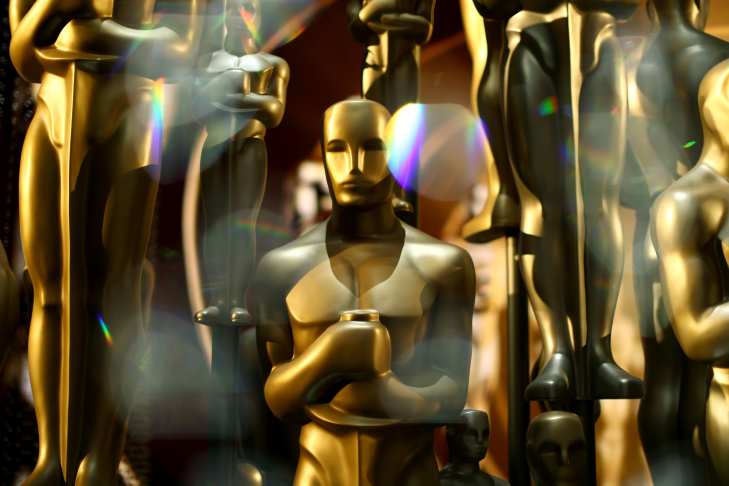 Join us on Sunday, February 2, one week before the 92nd Academy Awards, as KPCC In Person convenes AirTalk’s FilmWeek critics for its 18th annual Oscar preview event. This year, host Larry Mantle and the critics returns to the stage of the historic Theatre at Ace Hotel in downtown Los Angeles.

Built in 1927 by Mary Pickford, Douglas Fairbanks, Charlie Chaplin, and D.W. Griffith, the Theatre at Ace Hotel was originally known as the United Artists Theatre. At the groundbreaking ceremony, Fairbanks said he hoped the theater would always be a reminder that Los Angeles is the center of production of the film industry. More than 90 years later, on the very same stage, Larry and the critics will discuss and debate this year’s contenders for the major Oscar categories.

Amy Nicholson – film critic for KPCC, film writer for The Guardian and host of the podcasts ‘Unspooled’ and the podcast miniseries “Zoom”; she tweets @TheAmyNicholson

Christy Lemire – film critic for KPCC, RogerEbert.com and co-host of the ‘Breakfast All Day’ podcast; she tweets @christylemire

More events with KPCC In Person