The story behind the 2008 mortgage crisis is one of lies, greed, and broken dreams. But it was only part one of the housing market collapse that continues redefining how middle-class Americans live, and where they make their homes.

On Thursday, October 24, KPCC housing reporter Matt Tinoco siat down with “Reveal” investigative reporter Aaron Glantz to tell part two of the mortgage crash. In his new book, Homewreckers, Glantz tells readers how bankers foreclosed on Americans’ homes and turned around to sell the houses to other bankers for pennies on the dollar. Did we mention how they did this at taxpayers’ expense? And how many of them now hold powerful positions in the Trump cabinet?

Audiences joined Glantz, whose reporting has sparked more than a dozen congressional hearings, in our Crawford Family Forum for a discussion on the aftermath of the foreclosure crisis, and the banking kings who made out like bandits.

The event was followed by a book signing. Copies of Homewreckers were available for purchase. 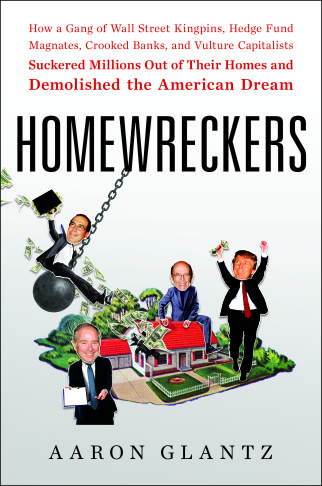 “An eye-opening account of how a cast of characters from Wall Street to Hollywood enriched themselves at the expense of American families.”  – Mehrsa Baradaran, professor of law at the University of California, Irvine School of Law