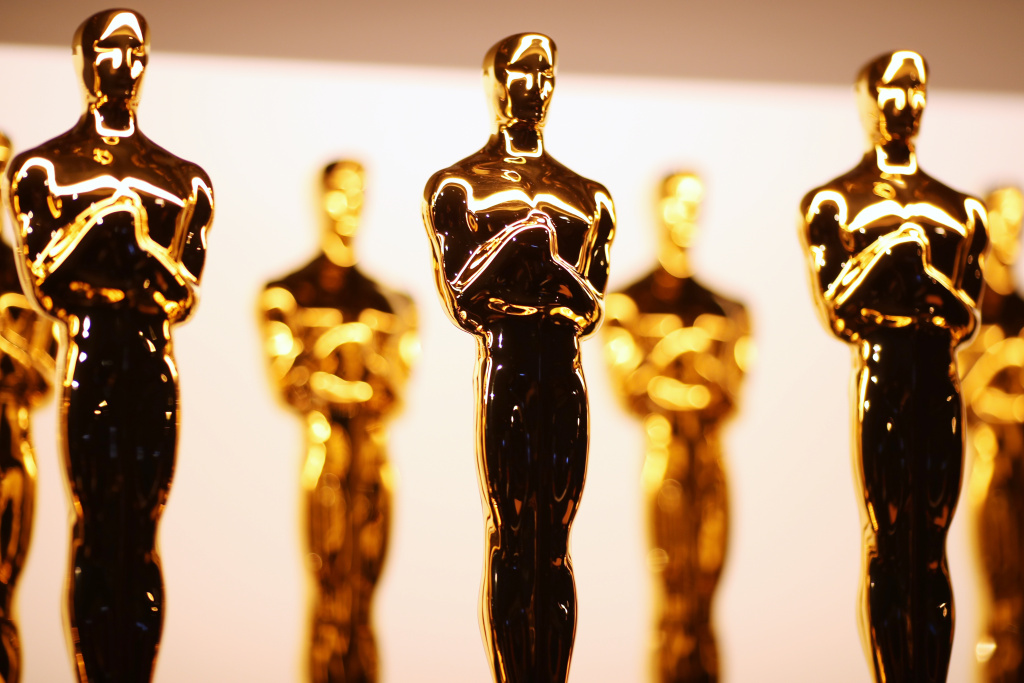 Audiences joined us on Sunday, February 17, one week before the 91st Academy Awards, as KPCC In Person convened AirTalk’s FilmWeek critics for its 17th annual Oscar preview event. This year, host Larry Mantle and the critics returned to the stage of the historic Theatre at Ace Hotel in downtown Los Angeles.

There was no clear front-runner emerging in any of the big categories, and the best picture race looked to be the biggest toss-up of all. Noteworthy contenders included films from familiar names, like Alfonso Cuarón and his latest film “Roma,” which he wrote, shot, and directed; 2018’s best director winner Damien Chazelle for the Neil Armstrong biopic “First Man”; “If Beale Street Could Talk” from director Barry Jenkins who also directed the 2017 best picture winner “Moonlight”; and Spike Lee with his film “BlacKkKlansman.”

Newer contenders included Ryan Coogler who hoped to turn the box office success of “Black Panther” into awards season gold; Bradley Cooper who wrote, directed, and starred in the reboot of “A Star Is Born”; and Greek director Yorgos Lanthimos, whose film “The Favourite” has garnered early praise.

Built in 1927 by Mary Pickford, Douglas Fairbanks, Charlie Chaplin, and D.W. Griffith, the Theatre at Ace Hotel was originally known as the United Artists Theatre. At the groundbreaking ceremony, Fairbanks said he hoped the theater would always be a reminder that Los Angeles is the center of production of the film industry. More than 90 years later, on the very same stage, Larry and the critics discussed and debated this year’s contenders for the major Oscar categories.

Christy Lemire, film critic for KPCC, RogerEbert.com, and cohost of the “What the Flick?” podcast; @christylemire

Amy Nicholson, KPCC film critic, film writer for The Guardian, and host of  “The Canon” and “Unspooled” podcasts; @TheAmyNicholson