Falling as it does just before Sundance and just after the Golden Globes nominations, Palm Springs is as much a part of the awards season calendar as it is the festival circuit. Big ticket screenings are presented with all the photo op pomp that would greet a major world premiere at, say, the Los Angeles Film Festival, but in many cases this is to build buzz for (or to re-energize) films that are already in theaters.

At Sundance or Tribeca, the suspense is usually about whether the films in competition will get good reviews and/or find distribution. At Palm Springs, especially on opening weekend, it's more about whether you'll run into Brad Pitt in the guest and industry suite at the Renaissance Hotel.

J.K. Simmons received something called a Spotlight Award for his superb turn as the menacing music instructor in "Whiplash."

Michael Keaton presented the Director of the Year award to his "Birdman" collaborator Alejandro G. Iñárritu.

And the Palm Spring Convention Center stage was home to two young British heartthrobs who are in Oscar contention this year for period biopics about scientific genius: Eddie Redmayne, who grabbed the Desert Palm Achievement Award (Male) for portraying ALS sufferer Stephen Hawking in "The Theory of Everything," and Benedict Cumberbatch, who split glory with the cast of the Alan Turing biography "The Imitation Game" as co-winner of the Ensemble Performance Award. 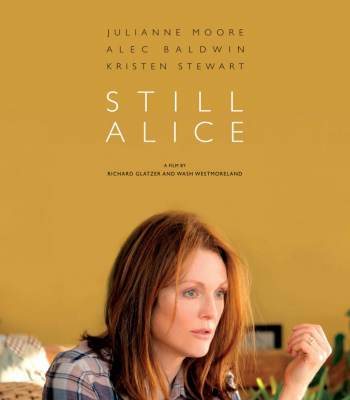 Every single one of the movies honored is in theaters now, almost all of them in the midst of slowly expanding release patterns as they mount their long slow march toward the Academy Awards.

The generous "one award per movie" policy and the care with which PSIFF avoids alienating celebrity affections by giving out trophies with such blunt and unequivocal titles as "Best Actress" or "Best Actor" mark the PSIFF awards gala as a psuedo-event: a kind of open-armed Hollywood team huddle before things get grim and serious with the Oscar announcements at the end of the month.

Even an Oscar-worthy oddity like Richard Linklater's "Boyhood" managed to find a place in the parade, with Linklater, who directed Shirley MacLaine in the 2010 black comedy "Bernie," presenting the 80-year-old actress with the Sonny Bono Visionary Award, essentially for career achievement.

Meanwhile, the festival's generous supply of indie, studio and foreign movies churned away in various local movie theaters, a really quite remarkable cluster of buzzworthy pictures, almost all of which have played elsewhere, including at Sundance and Toronto and Tribeca, and in many cases at your local multiplex.

This programming approach can be a double-edged sword. Director Ava DuVernay, whose civil rights-era epic "Selma" opened the festival, was unable to stay for her full run of Palm Springs personal appearances because her movie has been out long enough to spark a rather bitter controversy over its depiction of President Lyndon Johnson. DuVernay abandoned a Palm Springs Q and A in order to defend her film on Charlie Rose.

While some audience members were bitterly disappointed at missing the chance to hear one of this year's golden ones, I'm sure the PSIFF Board of Governors understood completely. This time of year, you have to play the long game, and, in the words of the civil rights anthem, "keep your eyes on the prize."

Off-Ramp contributor R.H. Greene, former editor of Boxoffice Magazine, is in Palm Spring this week to cover the 26th Annual Palm Springs International Film Festival. Look for his missives here, and listen Saturday to Off-Ramp for his report on the festival.