KPCC To Launch Star-Studded Ramadan Podcast, ‘Tell Them, I Am’ 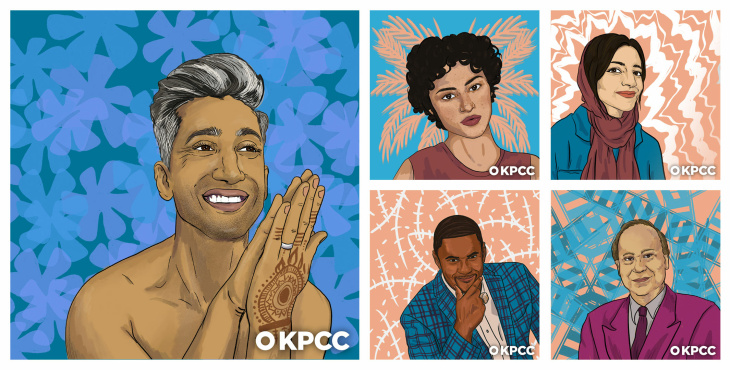 (PASADENA, CALIF.) April 15th, 2019 — KPCC is launching “Tell Them, I Am,” a limited-series podcast with a new episode every day this Ramadan. The series is about the small moments in life that define who we are and who we are not. The stories are universal; the guests are all Muslim. Tan France, star of Netflix’s hit show, Queer Eye, actress Alia Shawkat, best known for her role as Maeby Funke in Arrested Development, and Iqbal Theba from the Oscar-winning movie, Greenbook, are among the many high-profile guests.

The series is hosted by Misha Euceph, a millennial Muslim woman and lead producer on “The Big One: Your Survival Guide.” Misha’s work has been featured in the New Yorker, Wall Street Journal, Los Angeles Times, New York Times and has reached millions of listeners. A Pakistani-American immigrant, Misha calls California home. She grew up on KPCC and specializes in emotionally raw, highly produced and joyful audio.

Muslims' stories are often told through a mainstream narrative, a filter that focuses on “Islamophobia,” “terrorism,” and “religiousness.” “Tell Them, I Am” gives Muslims a platform to tell their own stories. The narrative profiles dive into family dynamics, important career moments, self-understanding, and the relationship with spirituality. The guest list for the show extends across industries, showcasing Muslim astronomers, comedians, actors, rappers, writers, dancers, and diplomats.

KPCC is the most listened to public radio station in Southern California and is reaching new audiences on digital platforms, including podcasts.

“Increasingly, audiences are searching for immersive, on-demand experiences. ‘Tell Them, I Am’ gives us the opportunity to go deep on a subject that has an enormous existing community, while also experimenting with new ways to reach listeners,” said Kristen Muller, KPCC Chief Content Officer.

“Episode 0: Misha” is a foreword to the series and will be released on May 3, 2019. The remaining 22 episodes will be released one every weekday for the duration of Ramadan 2019. For updates or to join the conversation around Muslim identity, subscribe here and follow @kpcc and @meuceph on Instagram.